It's a Small World, After All

Oh man, I knew it had been awhile since I posted . . . but snow? Sheesh; here it is October, and that scene is not too far off. It's also annoying as hell when people state the obvious, "It's been a long time since I blogged," so I won't.

Suffice to say, it's been a crazy busy wonderful adventure-filled year - and it's not over yet!

I did that walk mentioned in the prior post. My snow/sand training proved invaluable in the desert of White Sands, NM. I'm not going to say it was easy; it's never easy walking 26.2 miles, but I did it with a smile on my face (mostly because of the iced coffee I carried along with my water). How can anyone be outside (or inside for that matter) for 8 hours without coffee?

I started the march with a survivor, Ben Skardon, and Ben's Brigade, a group that walks with Ben as far as he can go. At 95, he made 8 miles. He remembers my grandfather and his shows in Cabanatuan. Every bit of new information I get brings Zero more alive for me. And, makes his story more amazing. 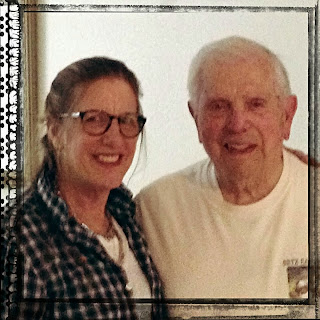 As I walked, mostly in solitude, I thought about the soldiers who were forced to do the Death March. I listened to feet shuffling over gravel and sand and the murmur of other marchers. I don't know if my grandfather and Ben were allowed to talk . . . I should ask.

A number of the soldiers making the trek were packing 40+ pound rucks, some were running the entire marathon, others walking. Still others, very young, and clearly unaware of the "wear your shoes at least 100 miles before attempting a marathon," had fallen by the wayside, leaving bloody socks and band-aids. It occurred to me, that had this been the "real" march, they would have been bayoneted or beheaded.

At one point, deep into the march and the desert - maybe mile 18 - I saw the huge bent plants; they looked like women reaching out to help the soldiers. And that's when I felt it. I felt the men, ghosts all of them, walking next to me, in front of me, and beside me.
Posted by Scottie at 12:24 PM